InnoCore Pharmaceuticals: The Development of Medicine at Micro Levels

Jan Hendricks, CEO
Medical procedures such as surgery, radiation therapy, and chemotherapy are often invasive in nature and cause tissue damage in the neighbouring areas of the body that adjoin the zone targeted for treatment. An example of this phenomenon is the mass death of non-cancerous, healthy cells during cancer treatments. In order to minimize collateral damage that can potentially result in health problems, pharmaceutical technologies need to operate on a significantly smaller scale. Minimally intrusive medical technologies that work at cellular and molecular levels enable results of pinpoint precision, mitigating potential side effects.

Minimally invasive injectable drug delivery products can target individual cell clusters during treatment and are equipped with sustained release technology that allow for increased performance of new and existing pharmaceutical compounds. The controlled release of medicinal narcotics ensures efficient and precise distribution of the drug into the required area without the risk of an overdose or underdose.

InnoCore specializes in the formulation, process, development and manufacturing of long acting, medical transmission products. The company’s products have been successfully implemented in the fields of Cardiology, Oncology, Ophthalmology, Osteoarthritis, Urology, Pain management, Diabetes, CNS, Infectious diseases and Immunology. The corporation subjects its products to intense clinical trials before any official market releases develops sustained delivery formulations starting from a week upto 6 months. InnoCore’s solutions overcome multiple drug development issues such as toxicity and inactivity. Compounds used in medical procedures include proteins, peptides and small molecules microspheres, nanoparticles, implants and gels. The pharmaceutical giant also innovates in polymer technology and has patented two types of polymer compounds.
The first is SynBiosys, a sustained release technology, based on biodegradable polymers, for systemic and site-specific parenteral drug delivery whose release time can be regulated from days up to several months. The second is InGell, an advanced injectable gel drug depot system, offering unparalleled retention and release of active pharmaceutical ingredients from a soft, localized drug depot. The long acting release mechanism of drugs with SynBiosys microspheres are based upon diffusion whereas the InGell gels erodes completely via surface erosion. The advantages of these materials is Improved stability by encapsulating the compound in a polymer matrix, assuring its protection form from environmental influences.

A case study conducted by the company was in collaboration with several biotechnology and biopharmaceutical laboratories revealed shocking statistics about the medical industry. Research showed that poor compliance in the treatment of chronic diseases was a currently overlooked crisis. Non-compliance in the U.S. alone is estimated to cost between $100 billion and $290 billion per year. InnoCore’s response to this situation with regards to its customers was to provide them with formulations, process development and manufacturing services using technology to create a biomolecule consisting of biodegradable polylactic acid and polylactic glycolic acid (PLA/PLGA) polymers. This compound is designed to facilitate sustained releases in liquid/ parenteral formulations. The PLA/PLGA technology applies primarily to small molecules, small hormones and peptides.

The popular saying “small but mighty” encapsulates the progress of medical science and establishes the core necessity of assessing and resolving problems at a micro-level. The evolution of modern medicine began from the practice of amputating entire limbs to prevent the spread of infection from minor open wounds and has progressed to being able to completely halt the progression of certain types cancer by eliminating small clusters of benign cells in the early stages. In this regard InnoCore has successfully demonstrated the fundamental need for non-invasive medical procedures. 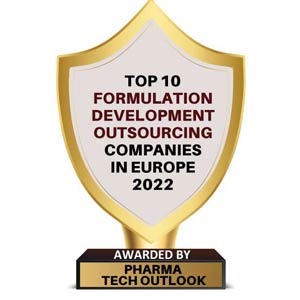 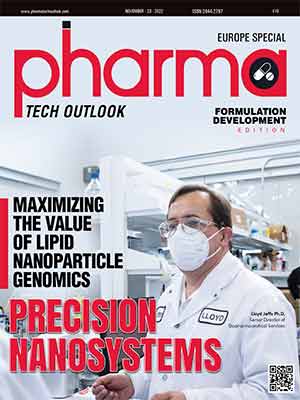