FREMONT, CA: Rising energy prices in Europe risk accelerating the migration of businesses necessary for the production of life-saving medications, further jeopardising the pharma supply chains that were already struggling under the worst of COVID-19.

Essential medications are essential for both surgical procedures and the treatment of chronic illnesses. Additionally, most European Union member states are off-patent and supplied at the lowest costs feasible established by national health organisations or insurers' associations, allowing only the most economical providers to continue.

Active pharmaceutical ingredients (APIs), the most energy-intensive component of these generic medications, have long been manufactured in India and China, where costs are substantially cheaper due to pricing pressure.

According to Teva (TEVA.TA), one of the world's largest generic drug manufacturers, the Ukraine conflict and the related energy and economic difficulties threaten to debase the continent's pharmaceutical sector for good for some important pharmaceuticals. This might mean that crucial medications, including antibiotics and generic diabetes and cancer medicines, could stop being produced in European facilities over the next five to 10 years, making the continent dependent on other nations.

Teva representatives brought up recent shortages of tamoxifen, an essential component of breast cancer treatment, in Germany. Only a few suppliers in Asia were left after the sole European manufacturer of tamoxifen API stopped production because it was no longer profitable, according to European finished medicine companies.

Another example is the drug paracetamol. The final paracetamol manufacturing facility in Europe shut down in 2008, leaving Asia as the main production region.

According to the research, at the height of the pandemic, there was severe supply friction for paracetamol in Europe since the continent had neither the leverage nor the logistical ability to ramp up production in the short term. Europe was momentarily without the essential API after India, the world's largest paracetamol producer, temporarily prohibited chemical shipments to suit domestic demand.

According to Philippe Drechsler, vice president of EU portfolio management at Teva Europe, 40 per cent of Teva's APIs for its European medication portfolio are now derived from its European sites, with the remainder being outsourced. He added that there is a limit to how much more Teva can endure from rising medicine production costs in Europe. 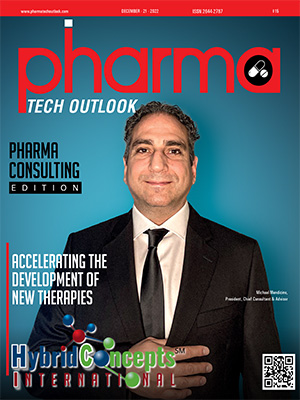