LexaGene Holdings Announces Use of MiQLab System to Detect Presence...
×

The MiQLab System, using its fully automated sample preparation and PCR technology, can screen a sample taken from a bioreactor for multiple contaminants that could negatively affect a manufacturing line.

FREMONT, CA: LexaGene Holdings, a molecular diagnostics firm that develops fully automated, rapid pathogen detection systems, recently announced that it has successfully used the MiQLab System to detect the presence of a slow-growing bacterium that has caused millions of dollars in losses to biopharmaceutical companies.

Dr. Jack Regan, LexaGenes CEO and Founder, stated, “Last fall, a global biopharmaceutical manufacturer contacted LexaGene and purchased a MiQLab System as they wanted to improve their already stringent quality assurance program centered around their bioreactor work. This manufacturer continues to regularly use the MiQLab System. As a result of discussions with this customer, LexaGene is working to expand the number of targets included in its bioreactor contamination panel and we expect our efforts supporting this customer and the industry in general will drive additional sales this summer.”

“The biopharmaceutical manufacturing sector is rapidly growing and continues to ramp up to meet global demand for vaccines, monoclonal antibodies, and therapeutic proteins. The MiQLab System, using its fully automated sample preparation and PCR technology, can screen a sample taken from a bioreactor for multiple contaminants that could negatively affect a manufacturing line. In comparison to standard lab-based testing methods, the MiQLab System can return reliable results in a fraction of the time,” added Dr. Regan.

Because bioreactors rely on mammalian culture, contamination is a typical occurrence. It’s vital to keep undesirable microbes out of bioreactors. For safety, culture-based vaccines must be devoid of microorganisms, and infected batches must be discarded. Emergent Biosolutions had to reject 15 million doses of the Johnson & Johnson Covid-19 vaccine to assure a safe vaccination supply due to quality difficulties when it was most required. Vaccine recalls and shortages have been caused by microbial contamination, underscoring the importance of thorough contamination testing during the manufacturing process.

Cutibacterium acnes (C. acnes), a commensal bacterium on human skin, is one of the most prevalent contaminants in bioreactors. C. acnes is commonly transmitted by the loss of dead skin cells by persons who operate bioreactors. It is not only prevalent, but it’s also one of the most difficult microbes to identify because it develops slowly, taking as little as three days under optimal laboratory settings and as much as two weeks in a polluted bioreactor sample. This lengthy growing period has a significant negative impact on contract producers, who are losing high-value items due to contamination.

Dr. Nathan Walsh, LexaGenes Vice President of Applications & Bioinformatics, added, “We are pleased to announce that LexaGene completed a study on C. acnes using the MiQLab System. In this benchmark study, C. acnes was diluted in media down to extremely low levels (below the limit of detection) and cultures were grown for 24 hours to mimic growth in a bioreactor. Samples were then collected for MiQLab processing and agar plating, where the plates were incubated under ideal conditions and regularly monitored for signs of countable colonies. Colonies on the plate were not observable until three days after plating. In contrast, the MiQLab successfully detected 100 percent of the samples in just two hours.”

Rapid testing is required during each of the four main phases of manufacturing to reduce the impact of C. acnes on product stability and conformity, such as testing the raw materials that go into bioreactors, the seed cultures before transferring to a bioreactor, the small bioreactor material being mounted up to a larger bioreactor, and the final product before sending it to the customer. Quickly detecting contamination throughout each of these phases reduces profit losses that are frequently assumed and factored into manufacturer cost estimates. Better testing also gives the manufacturer more assurance that they will meet the customer’s delivery deadlines.

“In real-world testing, the time benefit of using the MiQLab System over culture may be greater than our laboratory study as it generally takes two full weeks for primary C. acnes cultures to grow from a bioreactor sample.6 Given the MiQLab can detect this bacterium in just 2 hours, this represents a 168-times improvement in time-to-result. Such a drastic time savings would potentially save manufacturers a significant amount of money as they could more quickly identify contaminated cultures,” added Dr. Walsh. 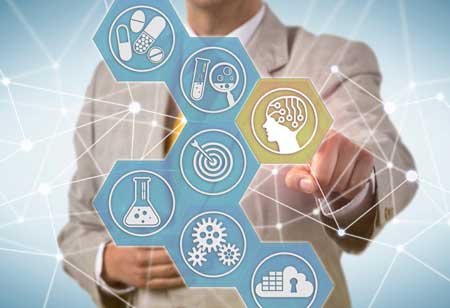